“I’ve been doing this for a long time – manipulating people to get my own way. That’s why you think you love me. Because I’ve broken you down and built you back up to believe it. It wasn’t an accident,” – CJ Roberts

Abusive men will commonly manipulate by the abusive use of persuasion, allowing them to maintain and increase their power and control over their partner.

They will persuade women by playing on their fear, vulnerabilities, insecurities, and compassion. These guilt tripping, persuasive and manipulative tactics are increasingly deployed when the abuser fears his partner might leave, or if she has left the relationship.

Earlier in a relationship, the terrible childhood or evil ex-girlfriend will be mentioned as a way of eliciting sympathy and excusing abusive behaviour. Women are often drawn in by these sob stories and want to do all they can to make up for his neglectful mother or abusive father.

The terrible childhood is likely to be true, most abusive men seem to have had unhappy childhoods. Bad childhoods make psychopaths and narcissists, not always but often.

Knowing this, their partner may feel motivated to be more tolerant of poor behaviour and try harder to show love and compassion to make up for his terrible past. She may want to prove she won’t cheat on him like his ex-girlfriend (this probably isn’t true) so she may go along with his need to monitor her movements and check her phone. She may excuse his terrible jealousy and isolation tactics.

Unlike the tragic childhood, many of the stories used to elicit sympathy are complete lies.

When men are worried about losing control of the relationship, they’ll regularly claim to have cancer – this is very common, and they will sometimes go to great lengths to embellish their claims by listing manufactured symptoms to their GP who may refer them for further testing.

Few women will feel able to leave when they believe their partner has a recent cancer diagnosis.

Men will also purport to be in great pain and deliberately lose a significant amount of weight to help trick women into believing they are genuinely ill. They may tell their partners family and friends who will encourage her to look after him. The terminal illness lie can prove impossible to walk away from.

On other occasions, men will manipulate by admitting to their real issues and making promises to change. These promises can be difficult to resist.

“I know I drink too much but I’ve checked in with AA, I’m doing this for you.”

“I know I get angry, but I’ll go for anger management, I can’t live without you, I’d rather die.”

“We can go for counselling together; I’ll do anything not to lose you.”

The reality is that even if they are intent on change, (they’re often not) domestic abuse is about power and control and so addressing anger problems or challenging alcoholism will rarely stop the abuse. However, women are often drawn in by these promises of change and will be guilt tripped by the perpetrator if they consider leaving despite such promises.

“Until you realise how easy it is for your mind to be manipulated, you remain a puppet of someone else’s game” – Evita Ochel

Threats of suicide and suicide attempts are common actions of abusive men. Not infrequently the suicide is successfully carried out. The terror of seeing a partner standing on a chair, a belt around his neck threatening to jump is enough to persuade most women they need to do what they’re told and give up the dream of fleeing the relationship.

Even though he’s making the threat against himself, being burdened with the risk of a suicide attempt is too appalling for most women to contemplate, it’s the ultimate in emotional burdening and a highly persuasive tactic. If there are children in the family the threat of suicide will impact them too adding an additional sinister dimension.

But it’s not just threats against themselves, abusive men will often threaten to kill their partner as a means of control, especially when there is a threat of the relationship ending.

Sometimes there is a constant reminder – “If you ever leave, I’ll kill you”. Other times it’s said when there is a real fear of losing control – if he fears his partner may leave.

We know that domestic homicide happens all too frequently and that women are most in danger at the point of leaving, so it’s no surprise that this is a highly effective and powerful threat, very likely to increase his control over his partners’ behaviour. Women will know this won’t always be an empty treat and the consequences of the treat being carried out are terrifying.

When children are involved, they are regularly included in the death threats.

Women are often capable of a high degree of self-sacrifice when they fear their children are in danger. They are often successfully persuaded to sacrifice their freedom and happiness by staying with the perpetrator if they believe this is necessary for him to withdraw his threat to murder the children.

Threats to kill are so commonly made by abusive men that they feature on domestic abuse risk assessment forms. Making threats to kill is extraordinarily abusive and menacing, but also a highly effective persuasive strategy. Threats to kill are difficult to police – the threat alone does not constitute a criminal offence – it is also necessary to prove he meant for the threat to be believed. Proving someone’s intentions can be very tricky, so few prosecutions arise from these death threats.

It is a criminal offence with a maximum prison sentence of two years.

Perhaps not long enough when the consequences for the victim are so profound. Just the treat of this is an act of intimate terror is likely to induce obedience in the survivor. Some men will quite deliberately obtain intimate images either overtly or covertly early in a relationship. By doing this they have possession of a powerful means of manipulation, to be deployed as and when necessary.

Children are used by perpetrators of abuse in a variety of different ways to manipulate and persuade their partners. Abusive men will seemingly not care about the damage caused when they emotionally burden children as part of their abuse.

“Mummy doesn’t love me anymore and I’m really sad and upset because I love her.”

“Mummy wants to kick me out and I have nowhere to live and no money to buy food.” 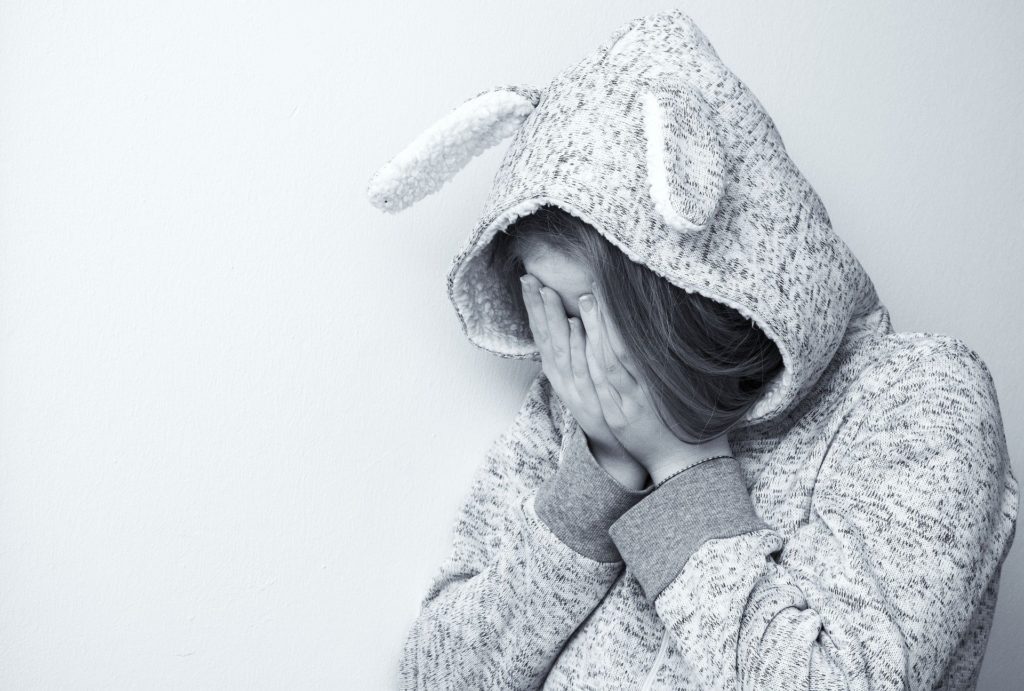 Putting children in this situation will have two advantages for the perpetrator.

Firstly, the children will try to influence their mother to behave as their father expects; Secondly, she will be anxious to avoid this abuse of them, knowing what damage it is causing so will want to do what’s demanded of her to save her children further emotional harm.

Threats will also be made to keep the children should she try to leave and knowing how professionals will often be persuaded and manipulated too, this can be a very real threat.

The love bombing that’s often seen early in the relationship can be deployed again to target a woman threatening to leave. Protestations of undying love can be confusing and disorientating, claims that he’s nothing without her and can’t live without her can trigger empathy in survivors. This behaviour can take a more sinister turn when he tells her if he can’t have her no-one else can, or if she leaves, he will always find her.

These obsessive gestures of love mixed with abuse are alarming and frightening and can cause the survivor to feel completely trapped and believe she has no options. This behaviour is likely to persuade the survivor to stay in the relationship and behave as she’s expected.

Understanding these persuasive tactics can be the key to dismantling their power. When women know the games abusive manipulators play to trick or frighten them into behaving in a certain way, they lose some of their effectiveness. Standing up to an abuser or considering leaving will threaten their feelings of control and encourage them to use more extreme tactics. This is why it is important to carefully plan to leave the relationship and have plans in place to mitigate the danger.

“His sugar-coated words were everything that I needed and wanted to hear, but now I am seeing them for what they are. They are not coated in sugar, but poison. They are the words of a monster”. – Krystal Bianca