Broxtowe Women’s Project (BWP) is delighted to learn that founder member Andrea Lucy-Hirst has been selected as a finalist in the Nottingham Post Heroes Awards 2017.

After years of hard work and dedication for BWP, Andrea has decided to step down from the charity’s management committee this year, making it a fitting time to celebrate her outstanding contribution.

She was nominated by BWP for the Community Champion Award, sponsored by T&S Heating Ltd. as a complete surprise and on hearing she has been shortlisted she said: “This is unexpected, but I am very pleased that it will help give recognition to the vital work that Broxtowe Women’s Project carries out.” It is more than 10 years since Andrea was a Community Development Worker for Notts County Council, with Eastwood as part of her area.

She was based in Eastwood and soon realised that domestic violence was an issue for many of the women she was dealing with.

As a result, she and her colleagues started awareness-raising about domestic abuse. Andrea borrowed a display called The Tip of The Iceberg and took it to every library that would have it.

Andrea and her colleagues soon decided that a local domestic abuse service was needed and after talks with other organisations, bids for funding by Andrea and registering as a charity, Broxtowe Women’s Project was established in 2001.

Andrea played an important part in promoting a more joined-up approach between the police, women’s support agencies, the courts, social care and health, regarding domestic abuse in Broxtowe.

For the past 11 years Andrea has been a Trustee of BWP, continuing to work on a purely voluntary basis.

While Andrea has stepped down from the management committee, she continues to raise funds for BWP through a voluntary group known as Against Domestic Abuse (ADA).

Commenting on the award nomination, Sarah Dagley, Business and Fundraising Manager for Broxtowe Women’s Project, says: “We are absolutely delighted that Andrea has been shortlisted.

“It is fitting in the year she has stood down from the management committee that the outstanding but largely unseen work she has done for the community over the years is recognised. We are sure the hundreds of women and children helped as a result will agree.”

Andrea will attend an award ceremony at the Crowne Plaza in Nottingham on October 11 where the winners of all the awards will be announced following a red carpet reception and a three-course dinner. 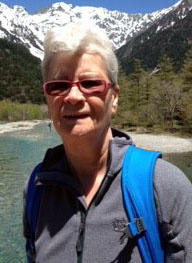