How Broxtowe Women’s Project came into being….

When we think back, the idea for BWP had its seeds set by listening to women, hearing their stories and that of their friends and family. When women gather together sat with cups of tea in a safe environment then many issues are discussed and  not unexpectedly domestic abuse was a consistent theme.

My name is Andrea and I am the founder of BWP. My role at that time was a Community Development worker based in the Social Services Area Office covering Broxtowe Borough.  I worked closely with Ellie Lodziak, a Youth worker with the “Young Unemployed Project” based in Eastwood, that we had set up previously.  Together we established a women’s group in Eastwood and I also worked on setting up women’s groups in both Beeston and Stapleford.

These groups were the beginning and foundation for BWP.  The time frame from ideas, first steps to a concrete and viable project probably took four years.

Ellie and myself were well aware of domestic abuse. We knew how to access the Refuge system, we knew the work of Nottingham Women’s Aid, NWA, and we linked into Nottinghamshire Domestic Violence Forum, NDVF, now known as Equation.  At that time the response by police, the level of awareness of domestic abuse by agencies and groups, the lack of joint-working and prevailing attitudes  towards women experiencing domestic abuse was not satisfactory by any means.

There was a distinct physical lack of accessibility to the services of Nottingham Women’s Aid.

We were well aware of the facts that 1 in 4 women would experience domestic abuse and it could take 35 incidents or more, of domestic abuse, before a woman sought help. 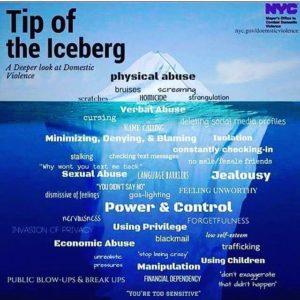 We applied for a small grant from the County Council for all three women’s groups to work on information and awareness of domestic abuse locally.  We hired a fabulous display from NDVF, called the Tip of the Iceberg, (this is not the original version – but it looked a little like this) which toured all the libraries in Broxtowe with myself and volunteers from the women’s groups to help.

Late in the 1990’s, we became aware of a European Union fund, for domestic violence projects, where you would partner with other countries.  We applied, and whilst we did all we could, we probably knew dead down that it was unliklely to succeed. Our proposal was considered to small. BUT it was not in vain. All the work that had been done could be utilized again.

We had a funding package for three years by September 2000!

Finding a suitable and inexpensive base had been a worrying  factor until, through a health contact, we were approached to say that there was a self contained space in a local GP surgery that we could rent.  A small grant from Notts County Council that we received was able to cover that.

BWP started to offer its services from 1st January 2001. 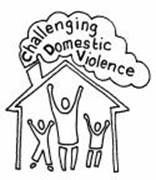 The projects foundations are built from:

It didn’t happen overnight and took time, energy and dedication by the people involved.

There have been many challenges to keep  BWP going and sometimes there have been very lean years regarding funding, but BWP has survived for 20 years. Its emphasis on being a women led service, listening to their needs and types of support, developing new services, has made a phenomenal difference to women’s lives across Broxtowe.

Our hopes are that BWP will continue to flourish in the future through the dedication of both the workers delivering and leading the project and the work of its Board members. 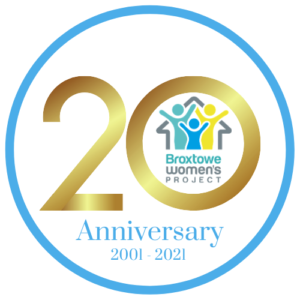