Coercive behaviour and how to escape it

Coercive control can be defined as an act or pattern of acts of assault, threats, humiliation or other abuse that is used to harm, punish or frighten. Coercive and controlling behaviour has been a criminal offence in this country since the introduction of the Serious Crime Act 2015. However, there have been few successful prosecutions. 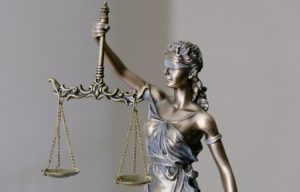 It is an offence that is very difficult to prove because it often encompasses countless small acts. It is also an offence that seems poorly understood by the Crown Prosecution Service, lawyers, magistrates and judges. Broken jaws and black eyes are far easier for the legal system to understand and deal with.

“It is not the bruises on the body that hurt. It is the wounds of the heart and the scars on the mind.” — Aisha Mirza

Who are coercive controllers?

Coercive controllers are normally jealous and possessive types and these are dangerous character traits. They claim ownership over their partner and often develop an obsession with controlling every aspect of her life. There is normally a desperate insecurity driving their behaviour, a terrible fear of losing their partner and an obsessive drive to prevent this from happening. These abusers are very different from the angry men who inflict back eyes, and their behaviour can be rather more sinister. 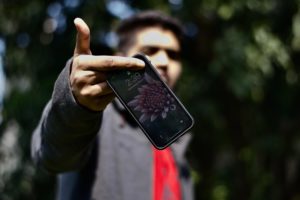 There has never been another point in history when coercive controllers have had so many tools at their disposal. Technological improvements have made electronic monitoring easy and cheap. Bugging devices, spyware and hidden cameras are all too accessible to the perpetrators of domestic abuse. Women whose movements are restricted by an abusive partner may desperately crave a connection with outside support through social media, but how safe is this when texts and emails are so readily accessed without the need to snatch her phone, demand her passcode or even look over her shoulder? The possibilities for electronic surveillance being used in the abusive manipulation and control of women are endless. Huge numbers of women are currently being monitored; many won’t even know it!

The COVID pandemic of 2020 / 2021 with its restrictions on normal freedoms had a devastating impact on women abused by coercive controllers. Lockdown has literally meant women being locked behind closed doors with their perpetrators; in many cases this has intensified the pressures, added to the abuse and increased the danger.

The recent pandemic with its restrictions on normal freedoms has had a devastating impact on women abused by coercive controllers.

Lockdown has literally meant women being locked behind closed doors with their perpetrators, in many cases this has intensified the pressures, added to the abuse and increased the danger.

Coercive controllers use a variety of techniques to gain and maintain control. The most common techniques are: 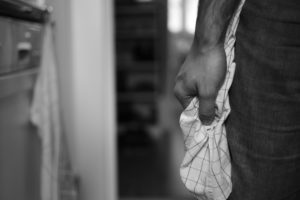 Domestic violence, the physical manifestation of domestic abuse, has tended to be considered the biggest risk factor for very serious assault or murder. More recent research has tended to indicate that it’s actually the controlling coercive abusers who pose the greatest risk of murdering their partners. It’s also the case that women considered high-risk are often on the radar of police and other professional and are better supported; however women from the medium to low risk groups are the ones more likely to be murdered. It would seem that we’ve got the risk assessments all wrong!

A recent published study of 358 domestic homicide reviews by Dr Jane Monckton-Smith, of Gloucestershire University, showed that control was seen in 92% of domestic killings, obsession in 94%, and isolation from family and friends in 78%. These types of behaviour can lead to a victim having no life of their own, and no privacy from their abuser, who will frequently monitor them day and night.

In her research, Dr Monckton Smith identified that in almost all the domestic homicides that she researched, an eight-step pattern could be identified leading up to the killing. The eight steps were identified as –

Despite the improved efforts of the police and other professionals, the proliferation of domestic abuse support organisations, a better partnership response and a willingness to challenge the problem openly these attempts to reduce domestic homicides are not working, and the number of women killed by men has increased in this decade.

How to escape the coercive controller

Women living with a coercive controller will feel terrible but not always understand why. Coercively controlling behaviour can be subtle and deliberately confusing, it can also be very clearly and overtly abusive. The first step is to understand as much as possible about this abuse so that you can understand what has happened to you, why you feel so bad, realise that none of it is your fault, that you don’t deserve this treatment.

Escaping this type of relationship can be complicated and potentially dangerous; careful planning is necessary and professional help often needed. Maintaining communication with support systems where possible can be very helpful. If you can, ask these people to check in with you on a regular basis.

Access professional support from a domestic abuse charity if you are able. Having a professional on side can give you access to various other services too, and help manage your risk. Whether you’re staying or leaving the relationship, you’ll need a safety plan. Remember it’s at the point at which you leave that you may be at your most vulnerable and planning ahead will help keep you safe.

“Trauma creates change you don’t choose. Healing is about creating change you do choose.” — Michelle Rosenthall

As soon as you feel ready to escape your abuser, there is support available.