Loss of freedom, possibilities and options. Financial abuse and its devastating impact on the survivor.

“Wealth means power: the power to subdue, to crush, to exploit, the power to enslave, to outrage, to degrade”. – Emma Goldman

Financial abuse involves controlling a person’s ability to acquire, use, and maintain financial resources, it is almost always a feature of domestic abuse. Financial abuse is used to punish, trap, isolate, manipulate, humiliate and control women – it is an insidious form of coercive control that restricts women’s freedom. 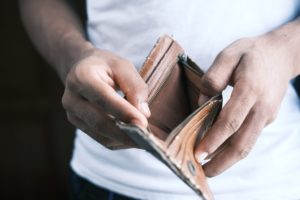 Men believe they are justified in controlling money – there are historic references they can rely on to support this belief; until 1882, women were required to give up all rights to their property to their husband on marriage.

But it’s not just history that tells us that men should control finances, there is still a gender pay gap – the difference in hourly pay between men and women. The Office for National Statistics reported that the gender pay gap was 15.5% in 2020. Men are also commonly paid more for similar jobs. TV presenter Samira Ahmed took the BBC to an employment tribunal in 2017 for paying her a sixth of the amount they paid presenter Jeremy Vine for a similar role. The employment tribunal concluded gender discrimination was the reason for this pay gap.

As with other types of domestic abuse, financial abuse generally creeps up gradually.

By insisting on paying for meals, the man is reinforcing the gender stereotype that suggests men control the money. By accepting this, women are acquiescing to this stereotype. By driving the bigger car and expecting his partner to drive the ‘run around’, men are further reinforcing their financial dominance.

Men may make grand gestures with lavish spending early in the relationship and suggest they can pay for everything, and their partner no longer needs to work. He may say he can take care of her, that she doesn’t need to worry about money. He may encourage pregnancy so she gives up her job. He may pay her an allowance or housekeeping money to encourage financial dependence. Before long women may find themselves trapped, with no job and little economic independence. Once in this vulnerable position, the abuser may further manipulate and abuse through his control of finances.

Sabotaging work is one of the key ways abusive men undermine their partner’s financial independence.

Insisting on a pregnancy and then refusing to support with childcare so she is forced to give up her job is not uncommon. He may bully and intimidate his partner to stop working, threatening physical violence if she refuses to stop. He may deny her access to a car or money to pay for transport to work. He may ply her with drugs or alcohol so she is unfit for work in the morning and forced to leave her job. He may bruise her face or black her eyes with punches, so she is too humiliated to turn up to work.

Once work is lost, so is a great deal of financial and social freedom.

Controlling and abusive men use various tactics to deliberately damage their partner’s finances. 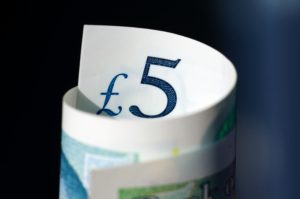 Abusers will often put assets in their name and liabilities such as bills in their partner’s name. They will run up large debts on joint accounts, force their partner to work in the family business without pay, refuse to pay bills in their partners name to ruin her credit score, apply for credit in his partners name and fail to maintain the payments. He may insist on re-mortgaging the house so he can buy himself a new car, or spend money intended to pay rent or important bills. He may insist she cashes in her pension so he can squander the proceeds on gambling.

Abusers will sometimes steal their partner’s money, taking money from her purse or transferring it from her bank account. He may expect her to pay for everything while using his own earnings on extravagant treats for himself. He may sulk when his partner buys items for the children so she feels forced to buy him presents too. He may financially exploit his partner by insisting she works while refusing to himself but controlling her earnings. He may sell her belongings including jewellery and precious items without permission to generate cash for himself. She may be able to do little to stop this behaviour when intimidated by his bullying.

Many sex workers are forced into this role by abusive partners intent on making money. Abusive men will sometimes pacify their partners with drugs before forcing them into sex work as they are more malleable as addicts. The abuser may keep a percentage or all his partner’s earnings. Once working in this role, further manipulation and control is possible – the abuser can threaten to report his partner to the police or expose her employment to family and friends.

Even within the relationship, sexual and financial abuse can overlap. Women are sometimes forced to perform sexual acts on their partner before they are given money to buy family food or children’s clothing. Being expected to perform oral sex in the car at a supermarket car park before being given money and allowed out to get food shopping, or being ‘rewarded’ with money for luxuries following sex are both tactics used.

Women controlled like this will feel desperate and degraded.

Addictions can exacerbate financial abuse. A study published in the journal Addiction found that gambling in any capacity, was related to significantly increased risk of violence including domestic abuse. Men with any gambling habit, particularly when it’s a pathological addiction are likely to pose a serious threat to their intimate partner’s finances. There is much availability of online gambling that it’s sometimes possible to keep this habit a secret, especially when the abuser controls the finances. The survivor may not be aware until debt collectors move in. Addictions to drink and drugs create a similar threat to finances and when you consider the disinhibition caused by these addictions, the threat to the survivor can be intense.

Women suffering financial abuse can find themselves in situations of serious poverty even when there is plenty of money in the household. It’s not uncommon for women in these situations to rely on foodbanks and charity shops when their abuser is on a good income. 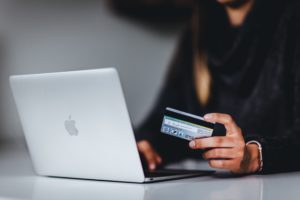 When lacking basics including food, mothers will often sacrifice their own needs and put their children first.

Domestic abuse often leads to feelings of low self-worth, and with inadequate clothing and food, self-neglect can develop causing further damage to the survivor.

Abusive men will commonly stop paying towards the children and housekeeping as soon as the relationship ends, and if their partner has no employment, she may be left financially destitute. Abusers will deliberately drag out divorce proceedings hoping to force their estranged wife to pay the maximum solicitors fees possible. They will refuse to complete financial disclosures for the same purpose. They will complete financial disclosures dishonestly, failing to disclose various assets. Child maintenance will not be paid, or earnings will be hidden so they don’t pay what is due. Some abusers give up their jobs to avoid paying child maintenance.

Even when divorced and financially separated, when there are children from the relationship, financial abuse will often continue. Abuse around child maintenance payments is often on-going with men generating ever creative methods of avoiding paying for their children. They will commonly claim the children are staying with them more than they are to reduce payments due or insist on paying what’s owed directly to the child’s account, so the mother is not able to control this money. Abusers enjoy wasting the mother’s money and will deliberately ‘lose’ items such as school shoes and uniform, forcing the mother to replace these items on a frequent basis.

Controlling money is often equated with holding power, and in domestic situations this is very true.

When the abusive man controls the finances, his partner who is financially deprived loses power. Loss of employment will not only cause loss of financial independence, but can also make her vulnerable to social isolation. Even if ‘allowed’ out, she may lack money to socialise with friends causing friendships to drop off. Being dependant on her abuser for money for basic items, she will find herself at the mercy of his abusive and controlling demands and will be easier for him to manipulate. Financially deprived and possibly with children too, she may have few options to escape. 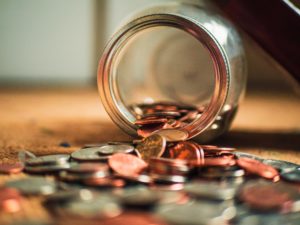 Financial abuse has a devastating impact on the survivor – freedoms, possibilities and options are lost when finances are sabotaged.

When in debt and financial crisis, it’s common to  not want to face up to dealing with the problem. Once women have escaped a financially abusive relationship, it’s very likely they may be in serious confusion over their financial situation and the extent of their debts due to the deception of the perpetrator – they may have had their post intercepted over a significant period so not have access to details of their debts. There may be a temptation to borrow from family and friends, take out ‘pay day’ loans or use Pawn Brokers to generate money to get by. This will make matters worse. Seeking professional help is essential – much can be done to clear debts and build financial independence. The Citizen’s Advice Bureau (CAB) debt advisors will provide free support and guidance. Various other providers such as Pay Plan work free of charge, often negotiating with creditors to get debts written off. There are Government schemes such as IVA’s that help those with unmanageable debt get part of the debt written off and make manageable repayments.

Overcoming financial abuse isn’t just about sorting your finances, you’ll also need to recover from the emotional impact of the coercive control and other forms of abuse you’ve been subjected to. There is hope for a better future – but don’t suffer alone, access the support that’s available to you.

“The abuser either gains overt or covert control over the household income. When this occurs, basic needs start to become scarce, even where the income levels do not warrant living in poverty”, – Shannon Thomas 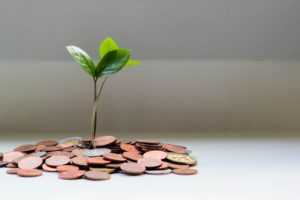 BWP can support you to take steps towards safety and begin to regain control of your finances. Contact us on 01773 719 111 or email enquiries@broxtowewp.org

We work with PayPlan to  help you resolve any debt you may be experiencing.

Surviving Economic Abuse can provide advice or information including steps you can take towards economic safety, organisations that can help, grants, benefits and financial help.

If you need to make a complaint to the Financial Ombudsman, they have processes in place for people who are experiencing economic abuse.