It’s not your fault. Self-blame and domestic abuse.

He monitors your phone, withholds money, terrorises you, isolates you, calls you a mental slag.

You will know this behaviour is abusive and wrong, but on some level, you may feel it’s partly your fault that he behaves like this. Your fault he loses his temper, your fault he’s having an affair, your fault you didn’t try harder. If you’d only been more giving, shown more patience and loved him more, perhaps things would have been different.

Women will very often feel they are in some way to blame for the abuse they are suffering in a toxic relationship. It’s normal to think like this but it will stop you leaving or hinder your recovery once you have left. To fully heal and move on more positively, it’s essential that you drop this self-blame. It’s not healthy, it’s not fair and it stands in the way of the self-compassion necessary to re-build confidence.

There are lots of reasons we blame ourselves for being abused. The reasons are varied. We may have just one or many different reasons for this inappropriate self-blame. As with so much in life, education is key. When we fully understand the logic behind this irrational thinking we can work towards liberating ourselves from this destructive self-blame.

These are the most common reasons women will blame themselves for abuse: 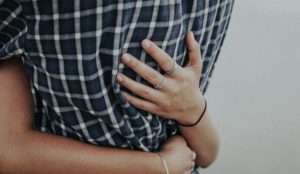 Remembering this can make you think that this was his true personality. You may worry that it was you who triggered him to change his behaviour, that there was something in you that brought out the worst in him. The fact is that abusive men need to make an effort early on in a relationship because if they were unpleasant from the outset, they wouldn’t attract anyone. When remembering the good times in the early stages of a relationship, we tend to think that behaviour was his true personality, but the opposite is the case. The abusiveness is his true nature and the seemingly loving man he played at the start was a cynical sham to snare you. It’s not your fault that he became unpleasant, he was always unpleasant.

Few men are abusive the whole time. The common pattern is to chop and change between apparently caring behaviour and abusiveness. This is very confusing. We so badly want to believe our partner is not an ogre, so we’re inclined to think that his nice side is his true character and when he’s abusive, it’s our fault we have triggered this reaction in him. He will tend to blame us for his anger, and we will often believe this.

Seeing your abuser in a seemingly happy subsequent relationship will reinforce feelings that you were to blame for the relationship failure and this thought will hurt. The reality is though that it’s either very early days in his new relationship and the abuse hasn’t started yet, or the new relationship is abusive but not obvious to anyone observing from the outside. Abusive men rarely change their personalities and if they’ve been abusive in one relationship, they are very likely to behave in a similar way in the next. Just because it’s not obvious, doesn’t mean abuse isn’t happening.

Blame is a common tactic used to undermine women in toxic relationships. It can lead to anxiety, depression and lowering of self-esteem. When subjected to blame on a frequent basis and suffering the consequential lowering of self-belief, we are more likely to accept the blame and believe it really is something lacking in us that triggers his behaviour.

Domestic abuse can be very confusing, and it is often designed to confuse. The intermittent rewards, changing between nice and nasty with no apparent reason can leave us feeling disorientated. What confuses us even more is the gaslighting behaviour which can be so subtle we don’t detect what is happening. From the classic hiding our keys and feigning concern for us that we’re losing our memory, to the more subtle tricks that cause us to question our sanity, this behaviour corrodes us. When we believe we’re going mad, losing our grip and can’t be trusted to get basic things right, we will be easily persuaded to believe it is our fault when he becomes exasperated with us.

Domestic abuse damages the mind more than the body and survivors are often left with depression, anxiety and low self-esteem. When damaged in this way, we are less likely to defend ourselves and more likely to accept blame. We can really internalise this blame and genuinely accept his abusive behaviour is our fault. Low self-worth encourages us to lower our emotional boundaries and believe we don’t deserve better. If we don’t recover from these feelings, we are also more vulnerable to entering another abusive relationship.

Domestic abusers have often had terrible childhoods and dysfunctional relationships with abusive parents. He will often use his past to excuse abusive behaviour and we often get drawn in to forgiving too much and treating him with compassion and understanding despite his unpleasantness. As time goes on and the abuse intensifies, we may become less tolerant and less accepting of his excuses. He may use his past to guilt trip us and tell us that we’re just like his parents and no one can understand what he’s been through. When we have naturally high levels of empathy this can be difficult to hear, and we are likely to blame ourselves for not being understanding enough.

It’s not uncommon when in an abusive relationship, especially when physical intimacy is withdrawn, to seek love and validation elsewhere. It’s a basic human need to feel loved and can be seen as a survival instinct to fulfil this need. Whether or not our abuser discovers our affair, we will often be filled with guilt that we took this action and fail to acknowledge the context which forced us to satisfy our need for emotional comfort.

This is a common reason for self-blame and leaving a relationship when you share children is always a difficult decision to make. What we need to remember is that living together in a toxic and abusive relationship can be damaging for children too and does not provide them with a healthy role model.

It is very common for women to self-medicate in this way to deal with the trauma of abuse, although this behaviour generally makes the situation worse. If we become alcoholic and take illegal drugs, it is likely we will be blamed by all around us including our family and professionals, and this will exacerbate self-blame.

Abusive men believe they are always right, they rarely apologise and habitually blame others, particularly us. This becomes waring and over time, we will often be persuaded that he must be right, and everything must be our fault since we hear this so repeatedly.

Positive steps you can take today 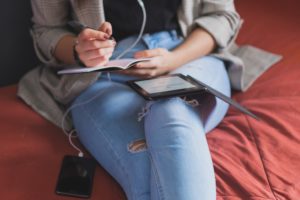 As we can see, there are so many factors that encourage us to blame ourselves in an abusive relationship that it’s almost inevitable we will do this. Thinking like this is destructive so it’s important to move on from self-blame. These are some of the things we can do to liberate ourselves and understand that the fault always lies with the perpetrator of the abuse.

Write things down to get a more objective perspective and ask yourself – Is his behaviour acceptable? How would you feel if your daughter was treated like this by a boyfriend? Would your friends put up with this behaviour? Is his behaviour towards you unlawful in any way? How does behaviour like this make you feel?

So you can understand how his behaviour fits into common patters used by perpetrators of abuse. Understand that he is a domestic abuser and there can never be a valid excuse for this type of behaviour. Realise that he behaves like this to gain power and control over you.

Gain understanding of how various qualities you have may have led you to have been too compassionate despite his abuse. You may have high levels of empathy that made you too tolerant. Learn how these feelings are no longer appropriate so you can be liberated from feeling sorry for him.

And start to realise that he deliberately caused you to become confused and emotionally fragile so that he could dominate and blame you.

Write a list of behaviour you will no longer tolerate in anyone. For example, ‘I will never be intimate with someone who name calls me’.

The way we treat ourselves is critical in this process, when we are aware of our inherent value this shows on the outside too and encourages others to treat us well. When we value ourselves, we are less likely to blame ourselves for the behaviour of others.

Talking with friends can often help, but they will not understand domestic abuse like professionals and will often fall into habits of victim blaming or telling you how to think and what to do. Domestic abuse professionals will be able to talk with you about your specific circumstances, educate and guide you to understand that being abused is never acceptable and is certainly never your fault.

Although it can be difficult and take time, you can move on positively following domestic abuse. It’s not likely this will just happen though. Self-reflection, reading around the subject and accessing professional help is often needed. Domestic abuse is not a simple process, it can take time to suck you in, is designed to confuse, so will take time and effort to extricate yourself. Although no one would choose to be abused, when you recover you will gain insight, strength and resilience you didn’t have previously. Knowing abuse wasn’t your fault is an important step forward towards your recovery.

“Trauma creates change you don’t choose. Healing is about creating change you do choose”—Michelle Rosenthall​