One of Eastwood’s most treasured performers, drag artist Mark Preston, turned the spotlight on to a local Domestic Abuse charity at one his famous fundraising events.

Mark Preston, who performs as Zandra across Nottingham, raised more than £600 for Broxtowe Women’s Project (BWP) at a sparkling event at Greasley Miners Welfare Social Club in the summer. The pair have raised hundreds of thousands of pounds for local charities over the last 20 years, and were even nominated for a Nottingham Post Heroes Award in 2018.

A sold- out audience were entertained late into the evening by Zandra, Mark’s brother-in-law Kev Carrington as Harry Hill as well as stand out performances from drag artists Eve Waye, Skylar and Shunta Bothered and singer Eleda Starr at the event in July. 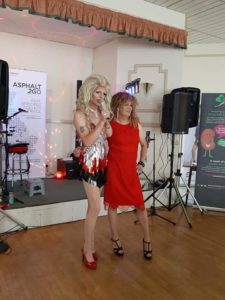 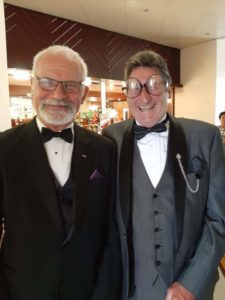 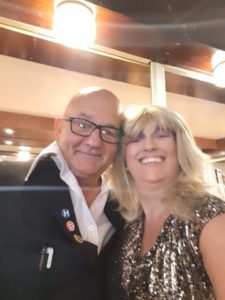 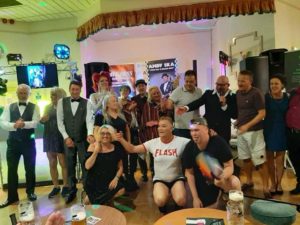 Mark chose to fundraise for local charity BWP after learning that they had supported one of his friends, when she was a victim of Domestic Abuse.

Sara(not the victim’s real name), joined Mark on stage at the event to share her experience of Domestic Abuse, and let people know that help from organisations like BWP is out there.

Mark said: “Sara was incredibly brave speaking about what she went through; she made it clear that there is hope, that there’s help out there and there is life after Domestic Abuse.

“We were happy that so many people joined us at the event, and heard from Sara, while we raised money for this amazing local charity.”

Colette Byrne, CEO at BWP said: “We are so proud of Sara for speaking at this event and raising awareness of Domestic Abuse, as well as the support she received from BWP.  Hopefully, this encouraged people in the audience to reflect on their own relationships, and if necessary to speak up and seek help.  We would like to thank Sara for her bravery, and thank Zandra, all of the other acts and Greasley Miners Welfare for so kindly supporting us, it really does make a huge difference.”

Zandra is now preparing for performances in Sunderland and the Nottingham Beer Festival, as well as another fundraiser for BWP on 11 December 2021, again at Greasley Miners.