MP for Broxtowe, Darren Henry, supports our cause in Parliament

Our charity was praised in Parliament on Tuesday 29 June 2021, by MP for Broxtowe, Darren Henry, and the Minister for Crime and Policing, Kit Malthouse MP.

Darren Henry asked: “During this pandemic, we have seen and unprecedented rise in Domestic Abuse cases within the UK. In my constituency in Broxtowe, the Broxtowe Women’s Project have worked tirelessly support many victims of domestic violence.  Would the minister outline what the Government is doing to ensure that they are tackling domestic abuse, and also set out their plans to provide long-term support. Both to those who are directly affected, and their children, who often do not receive the support they need.”

To which the Minister for Crime and Policing, Kit Malthouse MP, replied, “I am  extremely grateful to the Honoral Gentleman for bringing that organisation to prominence and grateful to them for the valuable work they have no doubt done, alongside others during dreadful last 16 months or so, For our part, we have boosted funding for specialist services by £51 million to support victims, through the Covid-19 pandemic and beyond. This included £20.77  million for local community-based sexual violence and domestic abuse services, and £27million investment over 2 years to recruit more independent sexual and domestic violence advisors.

“Obviously the landmark Domestic Abuse Act, contains new measures to protect victims, and will  be followed by a new violence against women and girls and domestic abuse strategy, while the Victim’s Bill will further transform victims’ experience. And I hope that will have an impact in Broxtowe along with the rest of the country.” 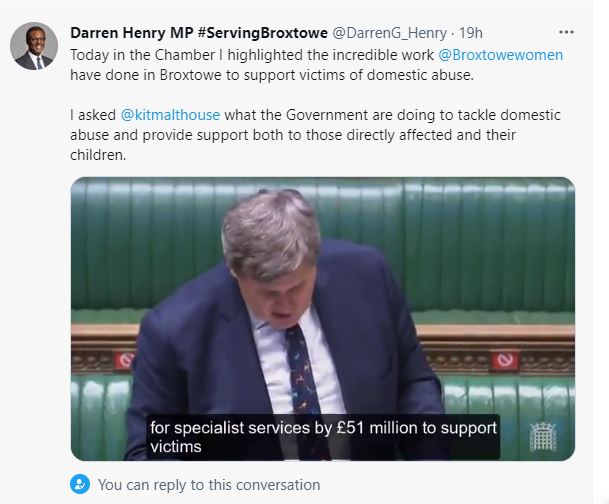 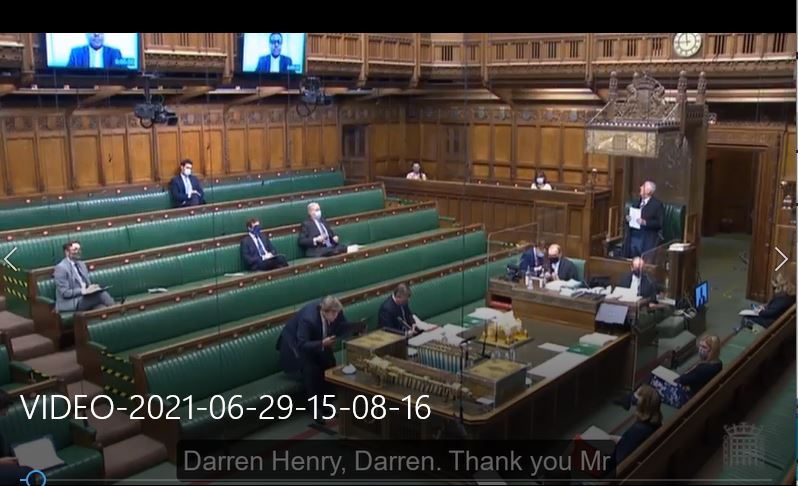