Is narcissism making you suffer? Discover the key signs of this manipulative abuse

Perpetrators of domestic abuse often have narcissistic personality traits. The type of manipulative abuse associated with narcissism can be highly damaging and is deliberately confusing.

Understanding this type of abuse can help women damaged by this behaviour to make sense of what has happened to them. It can also help others on the brink of entering a relationship to understand the ‘red flags’ associated with this type of abuse. 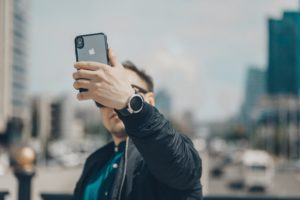 Narcissistic Personality Disorder involves a pattern of self-centred and arrogant thinking and behaviour, a lack of empathy and consideration for others, an excessive need for admiration, manipulative, selfish and demanding behaviour. But behind the mask of extreme confidence lies a fragile self-esteem that is vulnerable to the slightest criticism.

Characteristics of a narcissist

Although it may include physical and sexual abuse, narcissistic domestic abuse will often consist of countless small acts of emotionally manipulative behaviour. This behaviour is often subtle, designed to undermine and confuse, and over time will leave the victim with self-doubt, significant confusion, anxiety, low self-esteem and a feeling that it is all their fault.

Often it’s just the victim who sees the narcissistic behaviour and due to its sometimes-low-key nature, they can be left wondering if they’re imagining it, wondering if they’re ‘cracking up’ or making a fuss out of nothing. And because it can be made up of countless small acts of abuse, when survivors recount their experiences to friends or professionals, it can sound as if their complaints are either imagined or trivial.

Because narcissists are often charming and expert manipulators, friends and professionals alike can be persuaded they’re the caring compassionate person they claim to be, and the survivor is not believed.

Symptoms of someone suffering from narcissistic abuse

Narcissists are all around us so it’s important we understand their common behaviours so we are in a better position to protect ourselves and our daughters from their abuse.

Gaslighting makes someone question their own sanity by distorting another’s perceptions of reality. The victim will doubt and question themselves, lose their sense of perception, identity and ultimately question their grip on reality. The perpetrator of this abuse will deliberately cause this feeling by lying, providing mis-information and falsehoods and themselves questioning their victim’s sanity to reinforce the damage they’ve caused.

Survivors of gaslighting will find it difficult to make decisions, will question their judgement and their behaviour.

They make you feel like everything is your fault 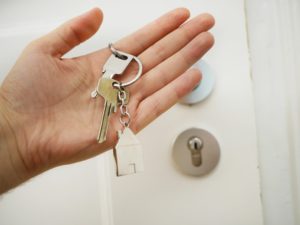 Narcissists don’t acknowledge blame and rarely apologise. They are hypersensitive to personal attack and will deflect blame to others for their mistakes or abusive actions. It’s common for the survivor to apologise for the narcissist’s abusive behaviour, and genuinely believe she’s the one at fault. She may imagine it’s her fault he lost his temper and said her cooking was disgusting; she might blame herself he hit their child and believe she should be stricter with parenting; when she discovers his affair, his response might be to tell her she’s useless at sex so it’s actually her fault.

The survivor in a narcissistic relationship may believe that she just needs to show more love, try harder and stop being over-sensitive and things will be fine. This strategy inevitably won’t work.

They control what you do and behave aggressively

Narcissists expect to have high levels of control over their partners, and they use a variety of strategies to gain and maintain this control. From physical violence and overt bullying, to the more subtle strategies of guilt tripping or introducing doubt and uncertainty to gain this control. From holding a fist in their partners face when she suggests seeing her friends, to questioning what her friends actually see in her, or sulking on her return so she’s inhibited from seeing them again.

Disagreements are part of a normal relationship but threats of violence, especially those used to control, are not. In a healthy relationship, both parties should feel able to disagree without fear of the other’s reaction to the disagreement.

With narcissistic abuse, it’s common for the survivor not to dare question the perpetrator for fear of his reaction. Passive aggression is a more subtle form of aggression that narcissists use. They will sulk, fester, stomp off and act hurt in order to control and manipulate their intimate partners.

The survivor develops feelings of dependency

Narcissistic abuse will cause feelings of vulnerability in the target of that abuse. Narcissists work to systematically break down confidence and self-worth so their victims feel unable to function on their own, by spreading negative emotions which make them feel powerful, they use phrases such as “who would want you, you can’t get anything right” or “you’d never find another man cause you’re rubbish in bed”.

There’s often a desperation on the part of the victim to be good enough and to prove their worth, and the only person who can acknowledge their worth and make things feel better for them is the narcissist – of course he will always cruelly withhold this validation.

Narcissists tend to project a false and idealised image of themselves in order to hide their underlying insecurities. They want others to look at them with envy, admiration and acceptance, to view them as the dominant alpha male to be worshipped. Narcissists with gaslighting tendencies will boost themselves up by marginalising those they perceive as weaker – often their partners. They will attack their victims with overt or subtle cruelty and contempt while gaining sadistic pleasure from this behaviour. They view interpersonal relationships, especially with their partner as competitive rather than mutually supportive.

They have control over their abuse

Narcissists are controlled and calculating with their abuse. Very different to the angry drunk, their abuse is the result of thoughtful planning, preparation and controlled delivery. They can choose to limit their abuse to threats of violence but stop short of punching their partner. They may behave in abusive ways their partner might struggle to record as evidence. When the situation demands it, they can turn off their abuse and turn on the charm to manipulate the social situation they find themselves in. If they gauge that their abuse has gone too far and their partner is at risk of leaving, they can act as if compassionate and caring until they feel they’ve recovered the relationship enough to start abusing again.

Why is he a narcissist?

Narcissists often have troubled childhoods. They might have been praised for what they achieved rather than who they were. If they were shown love, it likely came with conditions.

When children aren’t treated with empathy, they can stop trusting, start doubting themselves and develop feelings of lack of self-worth. When children don’t have love freely given, they sometimes try to be special, better than others, to fill the emotional void they feel inside. They decide they are better looking, more intelligent, more skilled – this pretence will help soothe their insecurities and they will rely on others, particularly their intimate partner to be complicit in their fantasy of superiority. The troubled childhood and lack of love story will often illicit sympathy in his subsequent partner.

If you have been abused by a narcissist, or you feel awful in your relationship but not certain it’s abusive, it might be that you could do with help to understand what has happened to you.

Narcissistic abuse is more difficult to untangle than a black eye, and the damage it causes can be long-lasting. At Broxtowe Women’s Project, our Outreach Team are highly experienced in supporting women who have suffered at the hands of a narcissist. If any of this sounds familiar to you and you think you would benefit from help, please don’t hesitate to give us a call on 01773 719111.