Victoria Charleston, Strategy and Development Manager at The Alice Ruggles Trust, has worked within the stalking sector for four years.

Victoria now focuses on raising awareness amongst young people of stalking and coercive control and has kindly written this blog to share her knowledge on stalking.

Alice was kind, clever and beautiful. She had an infectious personality and an incredible sense of humour: she saw the fun side of everything. She loved life, loved her friends and loved her job. She had so much to live for. Tragically, Alice was murdered in Gateshead on 12 October 2016, aged just 24 by her ex-partner after a relentless stalking campaign.

Stalking is an insidious crime that can be difficult to spot. Behaviours can be very subtle, and friends and family may not know how to respond when a person asks for help. So often, victims of stalking can think they are going mad when their stalker appears to know exactly where they are, who they have spoken to, and what they have written in an email.

The Alice Ruggles Trust was established in 2017 by Alice’s family. Her mother, Sue, describes the charity as their ‘life’s work’. The long-term goal of the charity is to equip a generation with the confidence to recognise coercive control and stalking and ensure the criminal justice system and support services have a thorough understanding of the issues involved. It is to empower stalking victims to seek help much sooner, and to build a society that reacts safely and empathetically when they do.

We tell Alice’s story to highlight the dangers of stalking and coercive control and try and prevent what happened to Alice, happening to others. 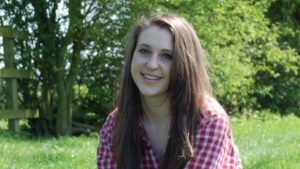 Early in 2016 Alice began a brief relationship with Trimaan Dhillon. He initially charmed her with his attentive and caring behaviour, but this soon changed. After a few months Alice became suspicious when she was contacted by a woman who revealed that Dhillon had wanted to start a relationship with her. At this, Alice finished with him.

Dhillon was not prepared to accept no for an answer. During August and September, Alice received a torrent of messages from Dhillon — texts, emails, and voicemails from several different phones. In some he professed his undying love; in others he used emotional blackmail, crying down the phone or threatening to kill himself. In yet others he was more menacing, using veiled threats to release compromising photographs that he had secretly taken of her.

Dhillon had become obsessed with Alice. At first, she tried her best to be pleasant to him, but he simply abused that in his attempts to get her back. When she began to ignore his messages, he contacted some of her family members and friends, trying to get them to influence her. He had also hacked into her social media, and it became clear that he was reading all her messages so that he knew who she was speaking to and where she was.

On 30 September, Dhillon repeatedly rang Alice’s doorbell and then hid when she looked through the spyhole to see who was there. She was concerned that it was him and did not answer the door, some hours later he climbed the fence into the back garden and knocked on Alice’s ground-floor window as she lay in bed. When she opened the curtains, she saw flowers and chocolates on the windowsill and Dhillon backing off.

As he drove back to Edinburgh he left a chilling phone message, where he kept repeating that he didn’t want to kill her and wouldn’t kill her. Alice at last contacted the police, who were initially very sympathetic and reassured her that he could be stopped. They crimed the incident as harassment and issued a Police Information Notice (PIN).

Seven days later, Alice contacted the police again to report that he was still contacting her, but the response was less sympathetic, and no action was taken. Alice was distraught as she now believed that nothing could or would be done to stop this stalking. A further five days after this, Dhillon broke into her flat and brutally murdered her. 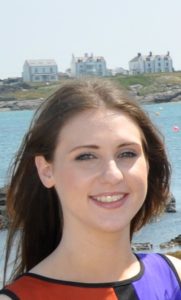 If any aspects of Alice’s case sound familiar, if you are concerned for a friend or family member, speak out and seek support. Stalking is a crime and there is help available. Visit alicerugglestrust.org to find out who you can contact for help.