When he uses the child to abuse you.

Abusive fathers use children as weapons to control their intimate partners.

These men seemingly have little regard for the significant damage caused to the children. Domestic abuse has a devastating impact on children, it causes serious emotional harm. Children witnessing domestic abuse are being emotionally abused and this is classed as ‘significant harm’ in UK law.

Abusive fathers will use their children in a variety of different ways to perpetuate domestic abuse. Using children is highly effective as a way of exerting power and control over their intimate partners or former partners.

Men who have jealous and possessive tendencies will know their partner is more likely to stay in the relationship if they have a child together. A child makes leaving more difficult, it’s common for abusive men to push for an early pregnancy as a means of reducing women’s options to leave the relationship. 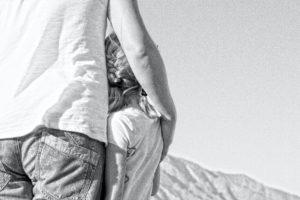 Abusive men also keep women pregnant as a means of controlling them.

When pregnant, women are more vulnerable, both physically and emotionally, and abusive men are more likely to assault their partner when she is pregnant. Domestic abuse during pregnancy has serious consequences, it increases risk of miscarriage, infection, premature birth, injury or death of the baby.

Stress and anxiety can also be passed to the developing baby. Pregnant women are not likely to get their needs met when living with domestic abuse. Ideally, they should have a calm environment, good nutrition, practical and emotional support from a partner who will prioritise their needs. This is not likely when their partner is abusive, and they live in fear of physical and emotional assault.

Women and children are abused when the father manipulates and controls the mothers contact with children. He may abuse her by refusing to allow her to attend to her crying baby. He may demand that she bottle feeds and shouldn’t share her body with a baby. He may not allow her to show affection to young children if he is around. Being unable to properly respond to her children’s needs will cause damage to both her and child and will make it more difficult for her to properly bond with her child.

We know that many abusive men like to keep women at home, away from work and isolated from others. Abusive fathers will refuse to involve themselves in childcare, so women are restricted in their ability to go out or return to work. He may agree to care for the children but do it so badly by leaving them screaming in soiled nappies and unfed, so she won’t dare leave them with him again. He may ‘allow’ her out, then phone her every time the baby cries, holding the phone to it so that her time out with friends is wrecked. 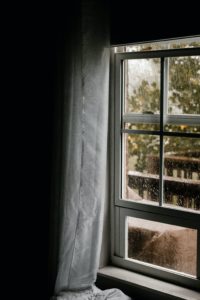 The most common reason for a woman to have her children removed from her care is because she has failed to leave an abusive relationship despite numerous demands to by Social Care. The damage this action causes is immense. These women become broken, they are often shunned by family and friends for ‘choosing’ to stay in the relationship. It is often the case they don’t have a free choice to leave, he won’t allow it. The resulting trauma is catastrophic to both mothers, and children being raised in the care system.

Women’s ability to respond appropriately to their children’s needs can be compromised by the impact of domestic abuse.

It’s not uncommon for survivors to self-medicate with alcohol and controlled drugs. Anxiety and depression are also common features in survivors. Women in these situations may be less responsive to their children’s needs and as a result might be less effective and competent mothers. Abusive fathers will use this situation against them when it suits – by threatening to report them to Social Care if they threaten to leave, by using social media to tell family and friends they are a neglectful mother. The stigma and trauma they are left with is intense.

Knowing how angry her partner can be or how neglectful he is in terms of childcare; women may not leave because of fear of the abusive father having the children unsupervised in his care after separation. The thought of the children being unprotected from his rages might be enough for her to not dare leave.

Separated. abusive fathers will feed children junk food, fail to impose bedtimes, allow continual screen use and inappropriate movies, sometimes pornography. These men may overindulge children with presents and fail to impose boundaries. He will undermine their mother by doing this, she will find imposing rules and discipline challenging following time with him. His behaviour will often be designed to undermine her. He may go further and more actively undermine her parenting by telling the children she’s boring, that they should disobey her, that they should tell her they want to live with him. 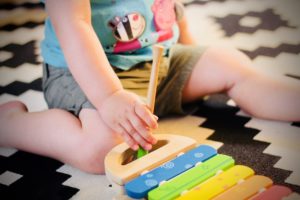 Mothers find themselves unable to impose discipline and unable to protect their children from this toxic emotional abuse.

Abusive fathers sometimes encourage misogyny in their sons. They will role model abuse of women and actively encourage their sons to disregard female authority. This behaviour is damaging to the mother and all children involved and perpetuates domestic abuse by encouraging gender stereotypes based on the notion of male superiority.

Because they’re bullies, abusive fathers will commonly behave in a bullying and undermining manner towards their children too.

These fathers will sometimes berate their sons for crying and demonstrating ‘weakness’. Yelling ‘man up, don’t be a pussy’ to a crying 6-year-old boy and showing insensitivity towards children’s emotions is directly emotionally abusive. With daughters, they may display similar intolerance and bullying behaviours. They may trivialise daughters, praise them only for their appearance, call them stupid and expect them to help their mothers with menial tasks. This abuse of children will clearly negatively impact the mother too.

Fathers who have previously shown little or no interest in the children will actively pursue contact as a means of continuing to abuse the survivor. He may turn up on her doorstep unannounced demanding to see the children, but using this as an excuse to abuse, harass and terrorise. Men will also use child contact as an excuse to have contact with the mother when they are jealous and possessive and unwilling to give up the relationship. These men may use child contact as an excuse to be sexually inappropriate and even rape their former partner. Children provide a link that allows abusive men long-term access to survivors who find themselves unable to extricate themselves from the abuse.

Men apply to the courts for Child Arrangements Orders with the sole intention of abusing the mother further. Abusive fathers will seek access to their children with the sole intention of gaining power and control over the mother. The Family Courts will regularly disregard domestic abuse as a reason to suggest a father should not have contact or should have limited contact with his children.

Mothers who voice concerns about the father will commonly be accused by the courts of parental alienation – of wilfully turning the children against their father. Many of the professionals involved in the court process including CAFCASS and Judges lack appropriate training around domestic abuse. They will routinely dismiss rape and domestic abuse as either false or irrelevant to a child’s welfare.

These people may not be aware that the charming father expressing concerns about his estranged wife’s mental health is exhibiting classic perpetrator behaviour. Official figures suggest 70 to 90% of cases in Family Courts involve domestic abuse, yet only 1% of contact applications from fathers are refused completely. Children are often scared and traumatised by their father, however until they are around 10, their wishes are given little acknowledgement by the courts. Many women have the horror of being ordered to hand over terrorised children to their abusive fathers and are unable to do anything to protect the children.

Even when there are agreements or court orders in place around child contact, abusive men will abuse women and cause emotional damage to children by unreliable and intermittent contact. These men will disrupt the survivor’s holiday plans, ensure she can never count on him to be reliable enough to plan work around his contact of them. She will be further abused when she must deal with the emotional fallout of the children when he doesn’t collect them as promised. He might move on to a new partner and have more children whom he favours and prioritises causing serious feelings of rejection in his older children.

Financial abuse involving fathers refusing to pay maintenance for their children is common.

If he does pay, he may decide to pay what’s owed directly into the child’s account in an act that reduces the mother’s ability to appropriately spend this money. Some abusive fathers refuse to allow the children to take anything bought by him to their mother’s house. He may also ‘loose’ essential items such as school shoes when children are in his care, forcing the mother to buy another pair.

Some men will fail to provide adequate food to a point that mothers will feel forced to send children with food when they go to their father’s for the weekend to avoid them coming home starving.

On rare occasions men will murder their children as an ultimate act of abuse.

On 1st April 2020 in West Sussex, Robert Needham shot dead his partner Kelly Fitzgibbons and two young children before turning the gun on himself. For every tragic murder involving children, countless more women will fear this act of revenge. Just the threat or fear that their children might not be safe will encourage women to stay with the perpetrator and do as he demands. Threats to kill are commonly made by abusive men but there is often little the police can do to prosecute. To charge men with making such threats, first there needs to be proof the threat was made and secondly, that he intended the threat to be believed – proving what was going through someone’s mind is not easy.

In many ways, the use of children to abuse their mothers is the most insidious form of abuse, but as with other forms of abuse, women are often highly conflicted. She will commonly claim he is a good father despite the fact he actively abuses and undermines her mothering. She will say he loves them even when he directly emotionally abuses them. She will remain in an abusive relationship ‘for the sake of the children’ or if she moves on, she may blame herself for ‘breaking up the family’. She will ‘try to be fair’ around child contact even when met with a total lack of fairness from him. Professional support is often needed to help women and their children when exposed to this devastating abuse.

The outcomes for children exposed to domestic abuse can be worrying. Each child responds differently to trauma, some have high levels of resilience, others suffer more. Exposure can cause children to suffer symptoms including anxiety, depression, self-harm, aggressive outbursts, withdrawn behaviour, low self-worth, problems with alcohol and drugs in later life.

The use of children to abuse their mother is terrible for all exposed to it. Mothers are right to be highly concerned and sometimes the damage caused is profound. This said, mothers can do much to mitigate the potential damage caused by this abuse. If children have one good caring, responsive, supportive and loving parent, this is often enough to nurture and guide the child towards a healthy and happy adult life.

“When he was in the home, he didn’t bother with our child but as soon as we broke up, access was the most important thing in his life.”  – Survivor